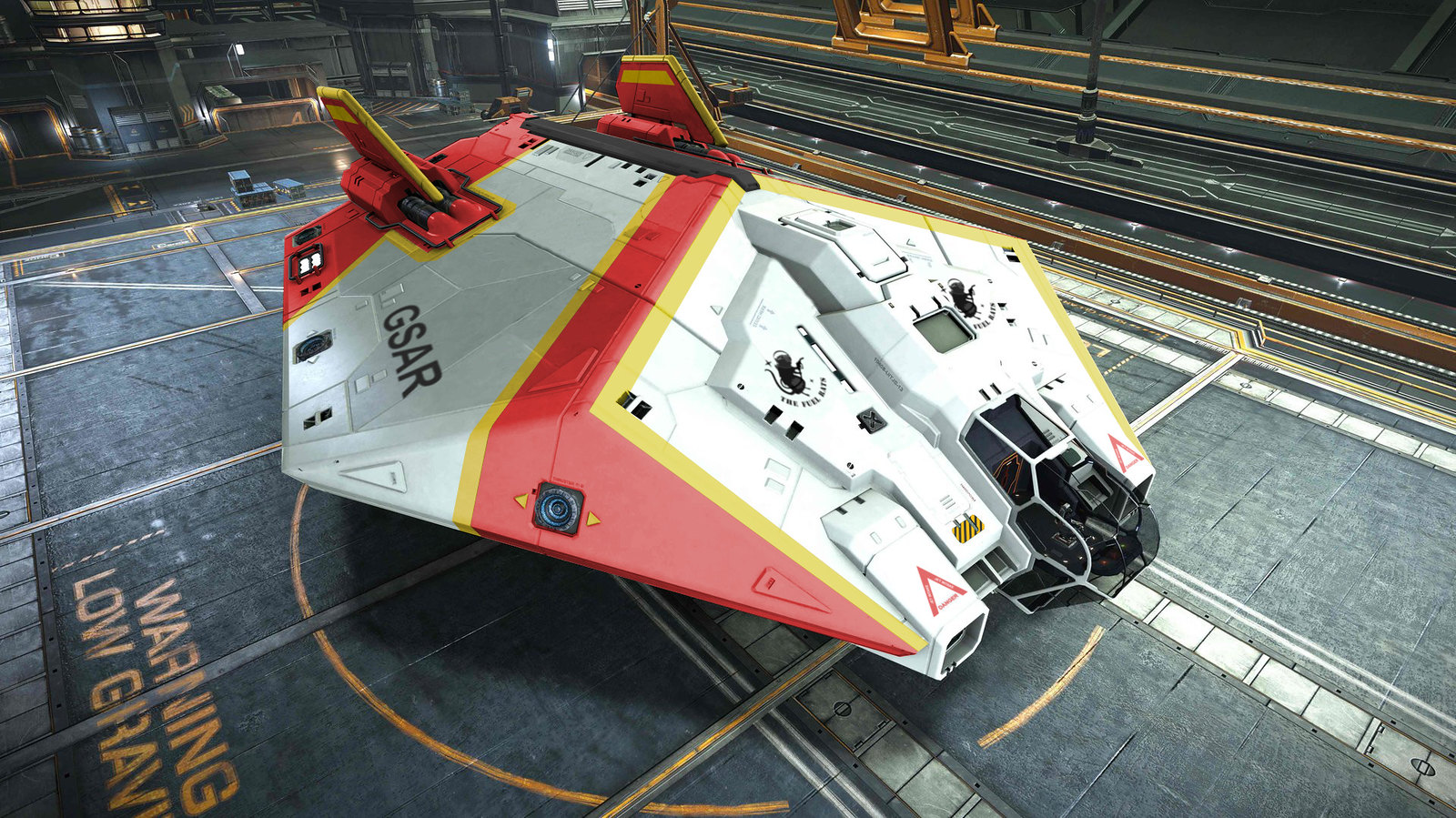 This was my first foray into art for the Fuel Rats way back in the beginnings of the Mischief. This image was subsequently taken by Frontier Developments and applied as the universal search and rescue livery on all NPC's flying Asps. I also expanded the livery to the Diamondback Explorer and the Anaconda, which as part of frontiers work can now still be seen in game on every rescue ship out in the black. Alas, because of the use in game by GSAR NPC's the Fuel Rats were not allowed to use the skin, shame really as it would have been a great way to show our colours.